Let’s put the blame for contemporary issues of Africa in the right place: Africans themselves

Posted on August 8, 2013 by investwithafrica.com in Progress Thoughts | Leave a comment 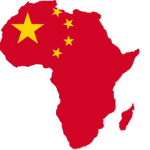 Abdalla Al-Baalawy – Africa has seen its fair share of foreign people or nations coming and changing the dynamics of the continent. Some of these people or nations that came left a positive impact on the continent, while others had excruciating negative impacts that can be felt until today. One would presume that Africa’s current issues are mostly the result of the major foreign interventions and partnerships  that have occurred. I would like to challenge that line of thinking and suggest that Africa’s contemporary issues are the sole responsibility of Africans themselves.

The arrival of European explorers (such as the Portuguese explorer Vasco de Gama)  in the 15th century was a critical point in history for the continent. It ushered in a new era of connectivity between Europe and Africa and laid the framework for one of the most defining historical occurrence in history, the Atlantic Slave Trade. 11 to 15 million people are said to have been little more than commodities during this regrettable commerce activity. The slave trade died down by the late 19th century. Although this trade occurred hundreds of years ago, its effects can be felt until today and is still usually used in discussions and debates as a defining factor  on Africa’s contemporary issues.

After the slave trade ended, Europe decided to embark on a new quest to dominate Africa. European leaders sat in a room in 1884 (during what is known as the Berlin Conference) to decide on the fate of Africa without a single person from Africa in the room. They divided up the continent to themselves as if the continent was a piece of cake to be eaten by all of them slowly. Colonization went on to continue the looting of Africa’s resources and exploitation of the indigenous people of the continent. European colonization of most countries in Africa ended in the 1960s, while some ended by 1980. Colonization is also a factor which is repeated again and again in debates and discussion as a major factor in contemporary issues found on the continent.

The Cold War (not exactly a war, but more of a build up of military power and allies between the United States (US) and the Union of Soviet Socialist Republics (USSR, Soviet Union)) brought in new players to Africa. The ideological war of capitalism verses socialism paved the way for numerous civil wars and instability on the continent that had never been seen before. Although some African countries took advantage of this ideological war, the Cold War had many negative outcomes for the societies of the continent. After the Cold War, the US (coming out as the winner) decided to assert more dominance on Africa through mostly soft power (such as giving aid packages). The US’s dominance showed its ugly head during the years of imposition of policies by the mostly US financed organizations, the World Bank (WB) and the International Monetary Fund (IMF). Structural Adjustment Programs (SAPs) ushered in a neo-liberal agenda in the continent that left many states deplorable by the time the policies started getting denounced in the 1990s.

This brings us to the recent arrival of new explorers, merchants and traders that have come to play an integral role in Africa: China, India and other emerging economies. These new arrivals are not exactly new. The Chinese have been in contact with the continent since the Han Dynasty of 206 BC to 220 AD and the Indians have been trading in Africa for centuries. What is new though is the intensity of connectivity between emerging economies (not just China and India) and the continent. These new relationships are creating a new dynamism in Africa and promises much progress and positive outcomes (compared to the historical relationship between Europeans and the Americans). Even with this promise, there seems to be much naysayers and critics that put forward the notion that this new relationship with emerging economies poses a new threat to Africa and is somehow producing and enhancing issues on the continent.

History has not been good for the African continent and history has not given people like me (who believe and hope for the best for Africa) a good argument to suggest that it is time for Africans to take responsibility for the mess the continent is in and start fixing it. History has created an easy out for African leaders and citizens alike to blame others for the deplorable environment of misery and lack of progress in many parts of the continent. Historical occurrences such as the slave trades, colonization, the Cold War, SAPs and the contemporary unequal trading relationships that are occurring between African countries and other emerging economies all play a critical role in the poverty stricken regions of Africa. But, this can’t be the end of the argument. It has become fashionable to throw around terms like colonialism or the Cold War as central factors to the lack of progress. This mindset must change!

With that said, the public and private sectors can only do so much. Citizens themselves have to start acting instead of just talking and complaining. As I visited Tanzania in the summer of 2009, I was stricken by the lack of productivity that is prevalent on the ground. There is a vibrant business and social community, but majority of citizens simply sit stagnant at home while waiting for the government or their families in the Diaspora to send them support. It was even mentioned to me by one business man that the Zanzibar (an autonomous region in Tanzania) economy was functioning mostly due to remittances sent by the Diaspora, and not by income generated by domestic economic activity. This is unacceptable!

I have some advice for leaders and citizens alike of African countries: take responsibility for your problems and solve them. Stop blaming others. There are many tools, frameworks and international networks and organizations that can help with creating a vibrant and dynamic economy and society that can provide opportunities for all people on the continent. It is time to shift the blame for contemporary issues to Africans themselves and move forward with meaningful solutions. The past has happened, let’s move forward and solve the issues facing the continent.