Posted on July 25, 2013 by investwithafrica.com in Progress Thoughts | Leave a comment 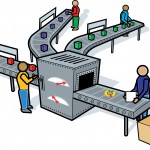 Abdalla Al-Baalawy – Export led growth has been the key to the rapidly growing economies of countries such as China and should be a key component of growth plans of African countries. China has been known to be the “world’s factory”, but it’s time for Africa to take this title away.

As China starts focusing more on domestic consumption to be a driving force for their economy, Africa can take advantage of the opportunity to bolster its manufacturing sector and feed the demand of these new consumers emerging in emerging markets. Investment in the manufacturing sector and promotion of the sector will create an opportunity for Africa to start creating a competitive advantage so worldwide manufacturing can shift to the continent. A growing population found in emerging markets such as China  is accumulating income that can be tapped into as these countries start becoming consumers (rather than producers) in the world market.

Many raw materials (primary inputs) for many products (final goods) are found in Africa. The continent has vast deposits of minerals and other raw materials that are shipped away to places such as China to be manufactured into finished goods, just like how the raw materials use to be shipped to Europe during the age of European imperialism in Africa. Thus, if Africa can build its manufacturing sector, it can take advantage of this opportunity and keep raw materials on the continent to manufacture into final goods. These final goods can then be sold domestically or exported to worldwide markets for sale.

It’s time for “Made in (enter African country here)” to be seen on product tags around the globe.