Incentivizing economic development: How money can be used to bring about enthusiasm in development

Posted on April 12, 2014 by investwithafrica.com in Progress Thoughts | Leave a comment 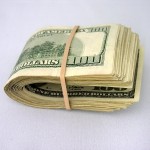 Abdalla Al-Baalawy – Economic development and progress provides huge benefits for the majority of citizens of poorer nations. There are a few citizens though that benefit from turmoil and poverty. Providing an incentive to move away from corruption and profiting from distress may be a good way to influence these few bad apples that may be ruining a country’s progress and development.

Mohamed ‘Mo’ Ibrahim, through his foundation, has been at the forefront of trying to curb corruption by providing a monetary reward for African leaders who practised good governance during their tenure. The Ibrahim Prize for Achievement in African Leadership gives US$5 million over ten years after the prize is awarded and US$200, 000 for the rest of the recipient’s life. There has been 3 leaders awarded this prize since its inception in 2007 with another honorary prize given to Nelson Mandela. This cash incentive can provide an alternative for African leaders who see the only way to build their life is through corruption and pillaging the public purse while they are in office.

A similar scheme can be used to give an incentive for regular citizens and civil servants to get them to commit to the progress and economic development of their society. The web of corruption runs all the way to the citizens and everyone needs to play a part to curb this destructive trait that is tremendously limiting progress and economic development in a lot of poor nations in places like Africa.

The World Bank has also advised that it may be time to reward parents who send their children to school and get them regularly checked. This scheme may pay dividends in the future of the countries that it is applied in because the future workforce will be better educated and healthier.

Development and progress can provide tremendous benefits for 100% of a countries’ citizens. Providing incentives for those few that benefit from the lack of development can be a way to bring everyone on board in the development project of their nation.